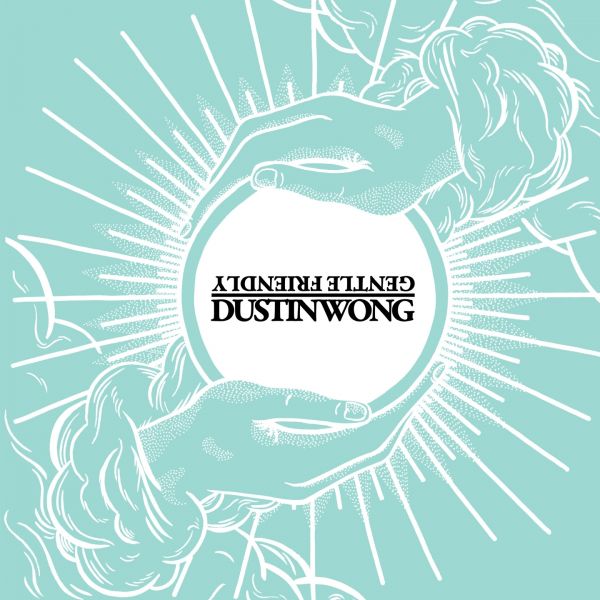 Palmist is excited to present 12PALM07, the 7th in our series of limited split 12”s, which features New York’s Dustin Wong and London’s Gentle Friendly, both dedicated to pulling together a diverse range of influences whilst simultaneously committed to creating cohesive statements with their releases.

Dustin Wong, like many of us, dove into the world of music and art as an unhappy youth looking to rebel against certain ideals and “absolute truths” that contrasted his own beliefs. A twisting path of punk discovery and a growing respect for sonic visionaries like Jimi Hendrix, Brian Wilson, John Fahey, and Brian Eno led Dustin to further pursue his muse. He eventually wound up at the Maryland Institute College of Art, where he met and co-founded the critically acclaimed band Ponytail. In addition to his film studies, Dustin was also a founding member of Ecstatic Sunshine, whose music hinted more at the direction he would eventually take in this his solo debut.

On August 18th 2009 the proposition of playing a solo show was set before him by a friend. Dustin didn’t have any material to perform, and had never before performed solo. Excited by the proposition, he sat down and started writing what would become the first 15 minutes of Infinite Love. Taking inspiration from something John Fahey once said, “I was playing guitar but I heard an orchestra in my head. So I was really composing for a full orchestra”, Dustin was deeply moved and inspired by this way of thinking about the creative process. It had a profound effect on his working with one instrument on many melodic and literal layers as well as emotional ones. Working with a simple assembly of pedals: an octave, distortion, loop, envelope filter, and a couple of delays, Dustin began to take this idea and make it his own.

In most cases his compositions start with a simple repeating melody. Dustin slowly fills the space between each note with layered and looped guitar phrases, and continues to build on this pattern until his “orchestra” fully blooms. While the textures vary greatly, the sound never becomes a cacophony, but rather a delicate web-like base to suspend his various melodic lines from. The looped layers are then further manipulated via the pedals to have an evolving set of meter and timbres for the aural narrative. The only instrument apart from guitar is a sparingly used drum machine.

For Infinite Love (a reference to a psychedelic experience of Dustin’s), he wanted to focus on the potential of an actual album and the journey from beginning to end. This journey or musical process is increasingly being lost in the digital era, where often the focus is on tracks or collections of tracks. To highlight that journey, Infinite Love is presented as a double album, each with the same opening and different paths to the final codas. It is the listener’s choice which path to take. Dustin puts it thus, “In Infinite Love the listener gets two choices. I think of them as twins, a brother and a sister, living their lives, then reuniting.”

For his split with Gentle Friendly, Dustin once again explored this idea of a musical journey and used his side of the 12” to house a concept that corresponds with parts of the human body, as he explains.

“Ten fingers, two hands, two feet and one head. I imagined these four parts as kinds of gestures that one can express through the vehicles of our body. The gestures of 10 fingers could be a flirtatious, fluttering wave, two hands could be a construction of a sand castle with a rich imaginative history, two feet in a pair of tap shoes and the head that dreams.”

Gentle Friendly are a duo from London, comprised of David Morris and Richard Manber, who have a penchant for circular melodies, tidal fuzz and rapid junked rhythms. With an austere setup of Casio keyboard, vocals and drums (sometimes electronic) the band push against the pop boundary, trapping their songs on record like a continuous sun-warped field recording.

2009 saw Gentle Friendly release their debut album ‘Ride Slow’ to critical acclaim – Uncut considered “No Age, Ponytail and Health as spiritual kin”, whilst Pitchfork even cited Clipse and Lil Wayne as influences on the band. Since then Gentle Friendly have remodelled and rebuilt their sound into a stronger beast at their home studio called Deep House, a house they share with other leftfield lo-fi artists, Echo Lake, Munch Munch and others, all of whom Gentle Friendly credit with helping to shape and influence their sound. The incredible EP ‘Rrrrrrr’, released by Upset The Rhythm was the first fruit to fall from the tree, with its seven tracks washing the band’s insistent prism punk alongside more tender, filmic textures.

For their most recent release, Gentle Friendly have developed and honed this sound, whilst still demonstrating their strong commitment to pushing their capabilities almost to breaking point. Lead song from their side ‘The Shake Up’ demonstrates this – its taut rhythms and syncopated bass hook pushing the song in a relentless manner as Morris occasionally struggles to fit the syllables of his lyrics into one line, whilst all the time demonstrating a remarkable pop sensibility. It is also clear from listening to this side that Gentle Friendly have achieved the rare feat of making a sound that is instantly recognizable as their own, forged from a rich tapestry of influences and a particular brand of ‘Future Englishness’. Evidence of the band’s continued search for inspiration in unusual areas is found on their side of the split with the integration of ‘Number Stations’, radio stations that just broadcast these repeating sequences, as David Morris explains. “You tune in and get a looped series of tones, or a phrase, or just a voice counting to ten over and over again, which is how they got the name.