Don't Take Me to Space (Man)

by Brakes on FatCat Records 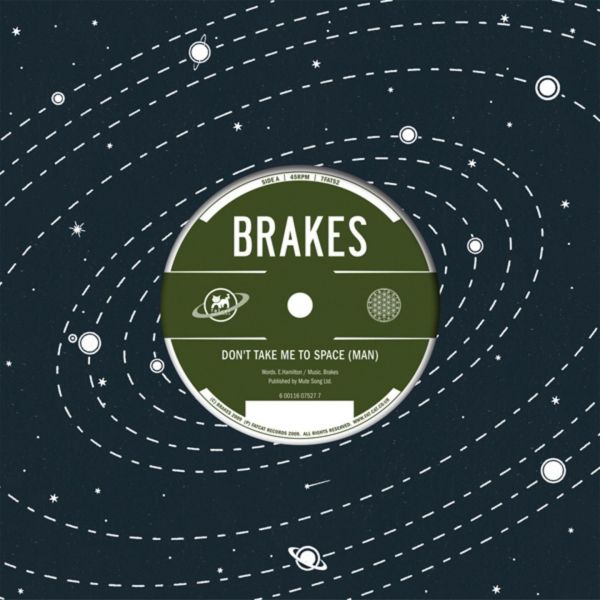 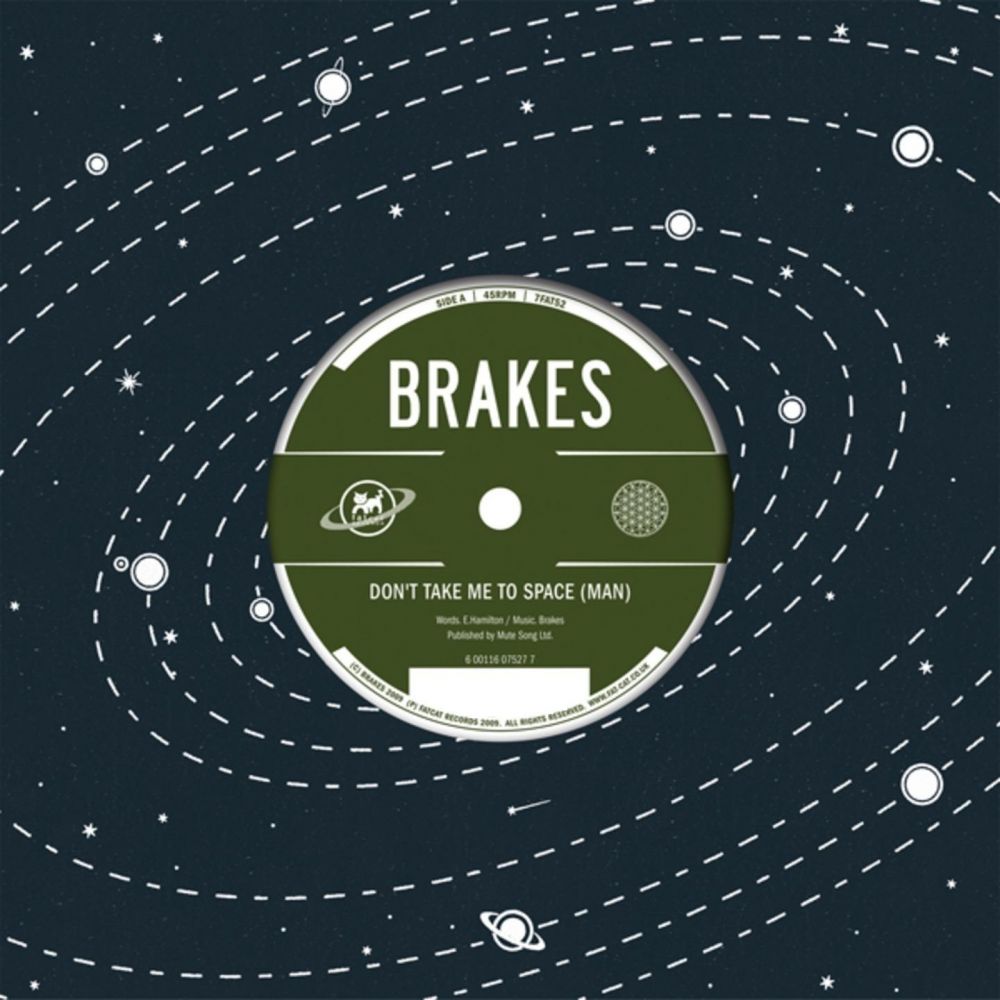 Brighton’s Brakes followed up their first full-length album for FatCat (April 2009’s ‘Touchdown’) with this, a spiky, unashamedly rocking 7” entitled ‘Don’t Take Me To Space (Man)’, recorded – along with the rest of ‘Touchdown’ – by The Delgados’ Paul Savage at the legendary Chem 19 Studios in Scotland and mastered by the equally legendary Alan Douches at West West Side.

Former British Sea Power keyboard player Eamon Hamilton put Brakes together in 2003 with the help of friends and collaborators Tom and Alex White (of Electric Soft Parade) and Marc Beatty (of The Tenderfoot). According to Hamilton’s own account “the immortal words ‘let’s form a band’” were the inimitable starting place of Brakes. Hamilton’s band members helped transform his solo songs into a blend (to quote Hamilton again) “of Johnny Cash, the Clash, the Pixies and Woody Guthrie”. After two albums for Rough Trade Records (2005’s ‘Give Blood’ and 2006’s ‘The Beatific Visions’) – both of which critically-acclaimed, devilishly-astute reactions to the world Hamilton idiosyncratically inhabits – and a lot (a lot) of touring, 2008 saw Brakes find a new home with FatCat, and ‘Don’t Take Me To Space (Man)’ follows hot on the heels of ‘Touchdown’ (released on the 20th of April).

Says Eamon about this single - “we had been recording for 62 hours at Truck Studios, and were almost at breaking point, when Marc said “I’ve got a bassline,” and ripped this monster out. It all fell into place. We were in the middle of nowhere, with no light pollution, and it was about -7C, and I started thinking about being abducted. A friend who runs a club night in Brighton called Born Bad sent me a copy of ‘Flying Saucer Rock n Roll’ by Billy Lee Riley (“The little green men/ They were real hep cats”) which influenced me as well.”

Musically, the “monster” description that Eamon uses is accurate: the song opens with an enveloping, driving propulsion of a bassline that underpins Hamilton’s comparatively subdued, soft-voiced vocal line. Guitars and drums crash into the song with a colossal velocity, mirroring that monstrous bassline and forming a swirl of melodies of their own, at which point the sonic space is dramatically set ablaze with a pure punk energy and the pure songwriting craftsmanship and rebellious spirit of folk music and country music, all entangled and fighting for authority in the mix. Guitar lines spin off in tangents while the bass thunders around them, lyrics spit simultaneous hope and happiness with bitterness and anxiety: “Don’t take me to space, man/ I’ve had a taste of true love/ I don’t care that this world’s corroded/ I’ve got a good hand to hold here.” A siren-mimicking guitar line signals the end of the song and the sonic space is suddenly, radically, blank except for the run-off of feedback.

One of Brakes’ more traditional-length singles (see; the 26-second ‘Pick Up The Phone’ and its 10-second b-side ‘Cheney’), ‘Don’t Take Me To Space (Man)’ represents firm falling-into place of ‘Touchdown’ and the forward momentum surrounding it, a perfectly-honed addition to (and an exciting development of) their existing canon and a reason to eagerly anticipate future releases.