by Brakes on FatCat Records 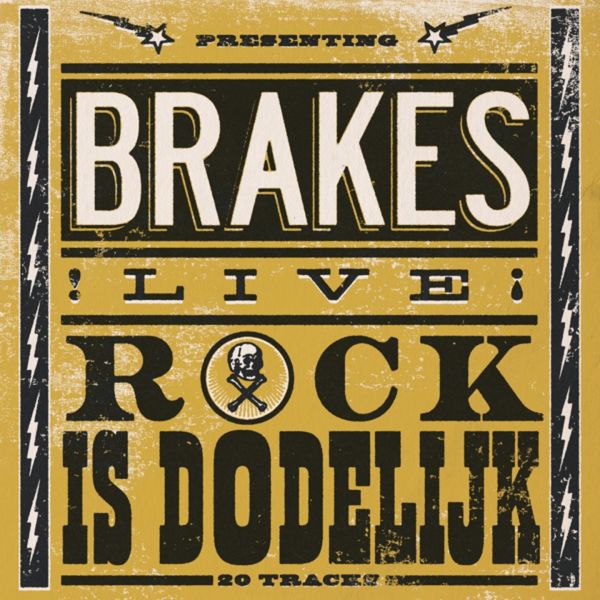 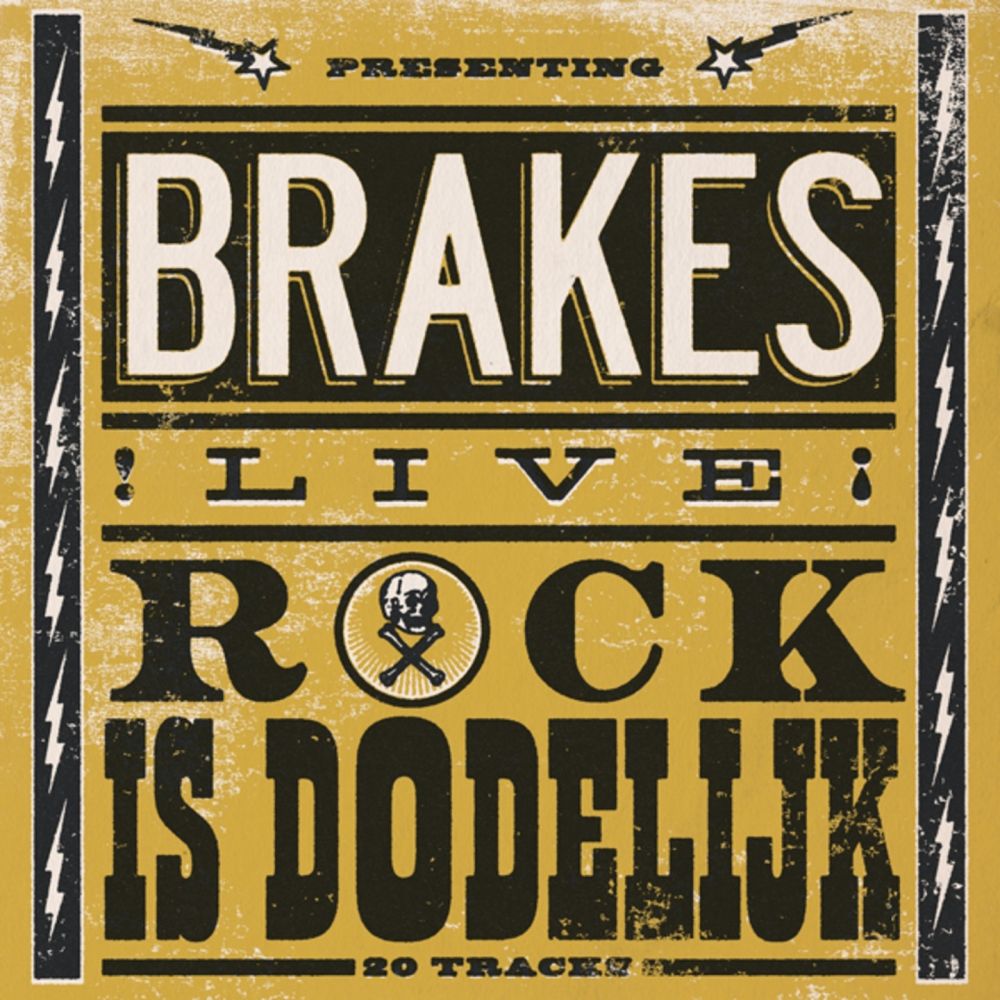 'Rock Is Dodelijk' is the first live album from Brakes. Their live set is notorious for its rambunctious energy and ear-splitting immediacy, and 'Rock Is Dodelijk' faithfully captures the band's thrilling crash through it. Hand-picked by Brakes partly from a hometown (Brighton, UK) show in August 2008, and partly from a May 2009 show in Cologne, Germany, this combination of tracks includes choice cuts and singles from their back catalogue - the tracklisting closely resembles a "best-of" compilation, but this record is far more than a simple hits collection.

There is an fascinating, exhilarating magnetism behind Brakes' razor-sharp delivery; the vast size of their live sound (despite only being a 4-piece band); the biting wit behind vocalist Eamon Hamilton's lyrics and live performance (see: 'Heard About Your Band' - the story of Eamon's altercation with an over-zealous music industry hanger-on: "You know the girl from Sleater Kinney / You said you couldn't understand / Why it was that she continued to play / When she was only earning 10 Grand PA / You know a lot of people in the industry / Woo-hoo, woo-hoo-hoo...WHATEVER DUDE!").

This is Brakes' second album for FatCat, after April '09's amazing full-length 'Touchdown' (from which several of these tracks are taken, including singles 'Hey Hey', 'Don't Take Me To Space (Man)' and 'Why Tell The Truth (When It's Easier To Lie)?'). Recorded live by Alex White of the band and mixed by Paul Savage (of Glasgow's Chem19 Studios, who also worked on 'Touchdown') and by Ric Peet, and flanked by the release of AA single 'Why Tell The Truth (When It's Easier To Lie)?'/'Worry About It Later', this live album can either mark the development of a band through songwriting highlights in their musical history and stand as a superlative record in itself, or it can mark carefully considered differences between live versions and studio counterparts, and stand as an accompaniment to the band's recorded output.

Opening with a vocal-heavy, 1-minute long rendition of 'Hi How Are You?' before moving onto a cutting, muscular 'Hey Hey' (the first of two versions to feature on this record), the polar extremes of Brakes' distinctive songwriting are all given equal importance: present here is the country-inspired stroll of 'NY Pie', a bassline worthy of Johnny Cash (who is referenced again in the form of a affectionate cover of 'Jackson' at the end of 'Rock Is Dodelijk') and a guitar line that effortlessly, sweetly twists around the chord sequence; the spitting, fierce gall of 'Comma Comma Comma Full Stop', a thorny, fuzzy, overdriven 4 seconds of music; the Rapture/Chinese Stars/Liars-esque, "uber-rocking" 'All Night Disco Party'.

Former British Sea Power keyboard player Eamon Hamilton put Brakes together in Brighton in 2003 with the help of friends and collaborators Tom and Alex White (of Electric Soft Parade) and Marc Beatty (of The Tenderfoot - alluded to in the opening line of 'Rock Is Dodelijk' alongside Brighton's legendary Freebutt venue). According to Hamilton's account "the immortal words 'let's form a band'" were Brakes' starting point.

Eamon's solo songs, rewritten and added to by his new band members, began to resemble a blend (to quote Hamilton again) "of Johnny Cash, the Clash, the Pixies and Woody Guthrie". After two albums for Rough Trade Records (2005's 'Give Blood' and 2006's 'The Beatific Visions') - both of which critically-acclaimed, devilishly-astute reactions to the world Hamilton idiosyncratically inhabits - and a lot (a lot) of touring, 2008 saw Brakes find a new home with FatCat and, in 2009, album releases in 'Touchdown' and 'Rock Is Dodelijk'.

Brakes will be touring in November to support the release of this record, both in the UK and in the US. The North American dates will be part of a FatCat touring showcase, alongside The Twilight Sad, Frightened Rabbit and We Were Promised Jetpacks.

From Brakes:
The idea of this record was to try and capture both the essence of a classic live album and the roughness of a bootleg. The Concorde show was recorded using the multi-track system at the venue, allowing us to mix instruments separately after the event. During the making of 'Touchdown', on tea breaks or when inspiration ran dry, the legendary Paul Savage would do a little more work on the recording, tweaking knobs and compressing unruly performances. The result is comparable to a lot of live albums in that the running order has been edited, the mix balanced and perfected after the event and the whole thing generally cleaned up a bit. However, as fans of desk tapes and fan recordings, we wanted to include a sort of 'official bootleg' as part of the record. The second half of the album, recorded in Cologne, shows the band absolutely as raw as it can be, from the audience's point of view. The recording is straight from the desk, with no other mixing or tweaking. While there are mistakes galore, it's the most honest representation of the band live. We like our records, but there's a different side to the band that needed to be captured, and for us this is the closest it gets. Besides, the Cologne gig was such a monumentally awesome night that a record of it ought to be kept. Enjoy.