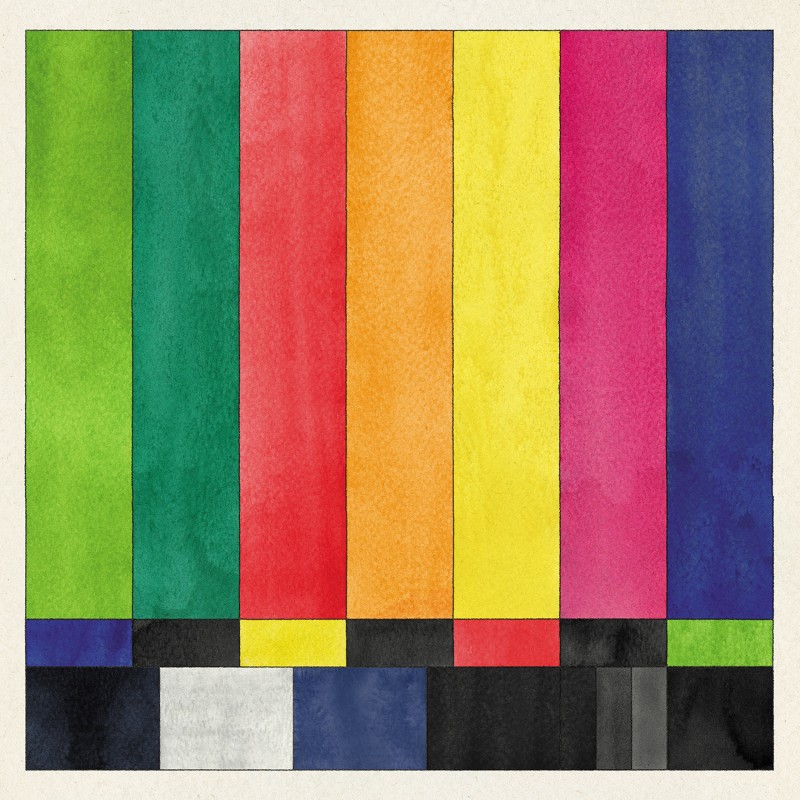 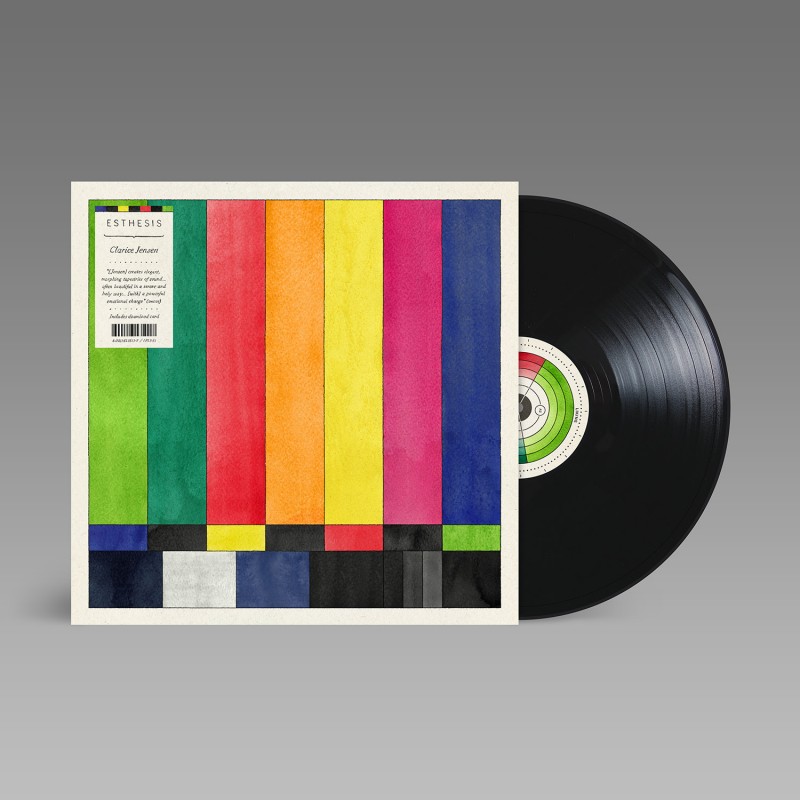 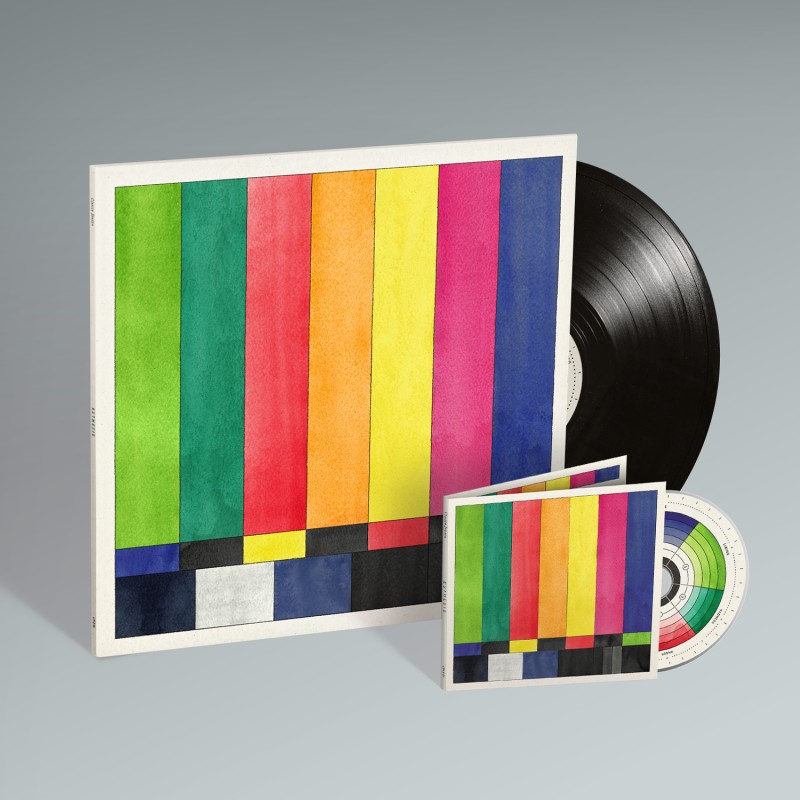 Cellist/composer Clarice Jensen returns on 130701 with her third album, ‘Esthesis’, a deep and gorgeous new work conceptually structured around the emotional and harmonic spectrum and the phenomenon of chromesthesia – a condition whereby sound involuntarily evokes an experience of color, shape and movement. Following up her critically-acclaimed 2020 LP ‘The experience of repetition as death’ (a record almost presciently timed to arrive as Covid first hit), 'Esthesis’ sees Jensen expanding her oeuvre, introducing a wider instrumental range, and reflecting on the effects of isolation. Recorded by Jensen in upstate NY and expertly mixed by Francesco Donadello, the record was mastered by Matthew Agoglia and is released on October 21st, ahead of a UK/EU tour supporting 130701 alumni Dustin O’Halloran.

From its opening piano notes, 'Esthesis’ gently upends expectations built up over previous albums. Shifting and extending Jensen’s sound in line with the adventurousness of the ‘Drone Studies’ and ‘Platonic Solids’ EPs, the album is less reliant on her trademark razor-sharp, processed cello drone. Performed heavily on synth, as well as her more usual cello and electronics, it also features the piano playing of Timo Andres (tracks 1, 4 and 5) and the voices of Laura Lutzke, Francesca Federico and Emma Broughton (on tracks 3 and 6). Whilst the drone is never far away, there’s a sense of more light and space across the album.

'Esthesis’ was originally conceived in pre-pandemic times as a concert experience, structured to comprise a series of long drones, each centred on a single key/pitch and cycling sequentially through the circle of fifths from C to F. These drones would be punctuated by shorter “songs”, each depicting one of the seven principle emotions defined in the Chinese Book of Rites. As an audio-visual experience, Jensen imagined the audience being bathed in coloured lights that corresponded to each drone, with those colours combined or oscillating during the songs in an effort to mimic or induce chromesthesia: a (gentle, not jarring) trip through the complete spectrum of colour, (Western) pitch and emotion.

With the pandemic dashing these plans and ushering in a period where it was even difficult to imagine live performance anymore, Jensen instead set out to realise the concept as an album palpably created in enforced solitude and isolation. “I expanded my usual palette of layered and treated cellos without the effect of a more grandiose or large-scale feeling of timbre; I wished to employ additional media in an effort to further portray the idea of isolation and containment.” Foregoing the longer drone structures she’d planned in favour of a more succinct whole, each track on ‘Esthesis’ evokes a different principal emotion using seemingly one-dimensional titles, with Jensen’s intention being to juxtapose the depths of these emotions with the reality-overlay of solitude. “It also calls to question how sensation can be rudimentary. Imposed isolation and the fear of viral exposure led many to seek sensation by streaming television, circulating memes, and sharing delayed laughs with loved ones across computer screens – all of this done alone and somewhat removed through various media, and set against a backdrop of very real fear.” While the "removed" nature of each track/emotion remains deliberate, so also exists the very realness of the emotion itself. “'Joy' evokes vernal lightness and promise, and came to me as I was falling asleep and realised I was still smiling thinking about someone I love. 'Sadness' is a setting of Purcell's 'Dido's Lament’. 'Liking' begins with tentative hope and then blossoms, using an additive compositional process, whereas 'Disliking' is subtractive. ‘Anger' uses text taken from Simone de Beauvoir's letters to Nelson Algren (the entirety is pasted below). 'Fear' attempts to simply portray breathing and absence. The organs used on 'Love' suggest hallowed spaces, employing only a short progression that always returns to the same but becomes layered, out-of-sync and lost, but simplest at its end.”

“I led a very quiet life since my last letter: no cave, no party, no wit. There was a wonderful storm in the country, it was really beautiful. The whole day had been so hot, you really wanted to die, love or work or happiness did not mean anything more. And then came a huge black smoke in the sky, and strange phantasms went by in the dim light, and soon you could not see the sky nor the landscape any more, just a cherry tree beaten by the wind while the rain fell crazily, and thunder shaked the sky. Many trees were broken, flowers killed, the landscape was a battle field… Afterwards, everything was strangely peaceful. Friends came and we had a dinner and long evening: the woman who has swallowed a pin, her husband, the old lady I like so much, and Sartre. But I was not very quiet myself; the storm had gone on my nerves, and I drank much, and, dearest, when I drink much I am no longer sensible at all; when the other friends left I became a storm myself, and poor Sartre was very bored with me who spoke about life and death and everything in a rather mad way. When I am drunk everything seems very tragic and pathetic and terrifying to me – so dreadfully important, and yet without importance since death is at the end; I should knock my head against the walls. I did not knock my head but I spoke and raved late in the night on the peaceful little country roads, and I decided not to drink any more for some time. You see, it has never been very easy for me to live, though I am always very happy – maybe because I want so much to be happy. I like so much to live and I hate the idea of dying one day. And then I am awfully greedy; I want everything from life, I want to be a woman and to be a man, to have many friends and to have loneliness, to work much and write good books, and to travel and enjoy myself, to be selfish and to be unselfish…You see, it is difficult to get all which I want. And then when I do not succeed I get mad with anger…” [Simone de Beauvoir, Letters to Nelson Algren]

Across the album’s seven pieces, Jensen shows great restraint and an incredible compositional talent in spinning a series of beautiful, complex interweavings of texture, tone, rhythm and melody. There is a serious depth in her sensibility, that rewards repeated listening.