The experience of repetition as death 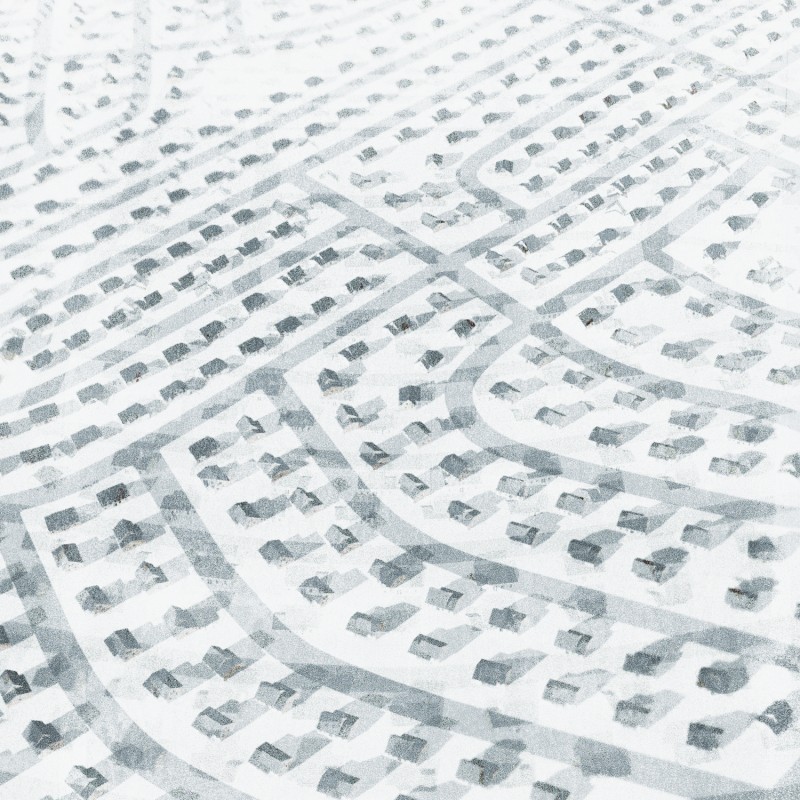 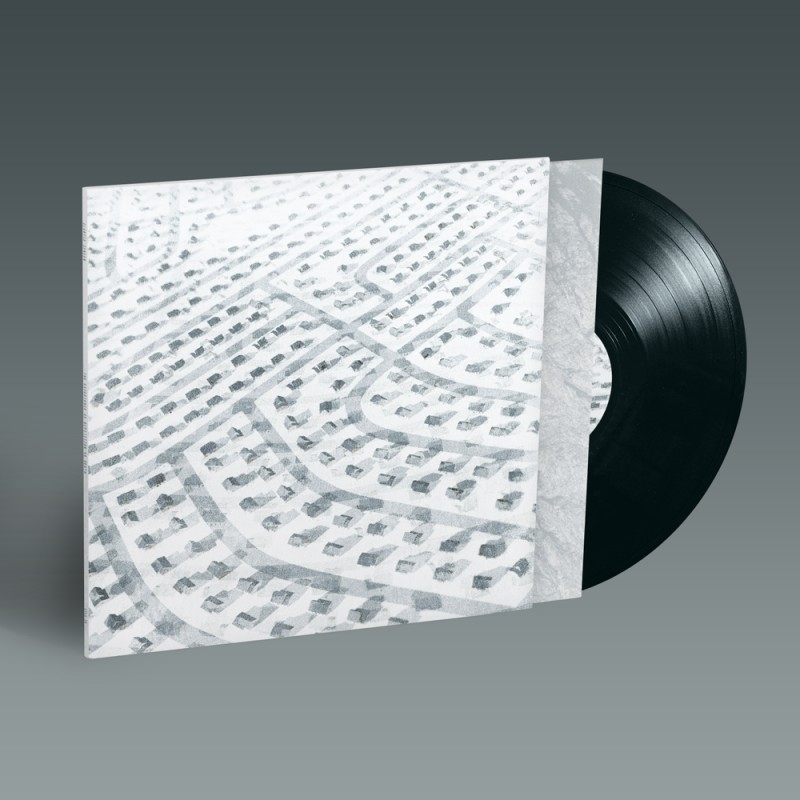 Brooklyn-based cellist Clarice Jensen’s gorgeous sophomore album and first for FatCat’s pioneering 130701 imprint, ‘The experience of repetition as death’, was recorded and mixed by Francesco Donadello at Vox-Ton studios in Berlin in late 2018 and mastered by Rafael Anton Irisarri. Following up her hugely impressive 2018 debut, ‘For This From That Will Be Filled’ , which included collaborations with Jóhann Jóhannsson and Michael Harrison, all of the material on this new album was written and performed by Clarice alone and all of the sounds on it were created with a cello through a variety of effects and effects pedals.

An outstanding musician, Clarice has recorded and performed for a host of stellar artists including Jóhann Jóhannsson, Max Richter, Björk, Arcade Fire, Nick Cave, Jónsi, Stars of the Lid, Dustin O’Halloran, Joanna Newsom, Nico Muhly, Dirty Projectors, Frightened Rabbit and Beirut. As the artistic director of ACME (the American Contemporary Music Ensemble), she’s helped bring to life some of the most revered works of modern classical music, and as a solo artist has developed a distinctive compositional approach - improvising and layering her instrument through loops and a chain of electronic effects to open out a series of rich, drone-based sound fields. Forging a very elegant and precise vision, her music has been described by Self-Titled as “incredibly powerful neo-classical pieces that seem to come straight from another astral plane” and by Boomkat as “languorously void-touching ideas, scaling and sustaining a sublime tension”. Her debut album was released in 2018 on Miasmah and followed in September 2019 by the ‘Drone Studies’ cassette EP on Geographic North. Receiving glowing critical acclaim, both releases made it into Pitchfork's end of year charts.

Expanding her sound again, ‘The experience of repetition as death’ is a warm, deep and cyclical album that explores notions of repetition in both its conceptual underpinning and musical structure. Unlike the easily readable step builds and grid-locked looping of so many artists using the looper as a compositional tool, Clarice’s loops slide across one another in organically morphing structures; align and intersect at different moments, yielding a kind of aleatoric yet minimal counterpoint, with joins overlaid in ways that appear seamless and sophisticated. Where her live performance relies heavily upon the use of loop pedals, in the studio she and Donadello recorded much of the material onto tape to create a series of physical loops. There’s something oceanic in the immensity of the resulting work - in the ebb and flow of her sound and the way it builds and dissipates through swelling and wave reflection.

Whilst in previous releases Jensen’s cello has largely been abstracted via effects to sound somewhat other than itself, ‘The experience of Repetition…’ opens with an undisguised passage that is clearly wood and string - a clarity retained throughout much of the album. Across its span, Clarice balances her material between darkness and light and the shades in between. Rigorously structured yet fluidly slipping between states, the album shifts from a glowering sense of dread / malevolence to warm, euphoric washes; from an elegaic or graceful sense of suspension to curious, clipped interstitial loops that recall the segues in My Bloody Valentine’s ‘Loveless’ or the minimalist pulsing and phase-shifting of Steve Reich. Throughout, the album reveals a viscerality and attention to textural accretion that’s reminiscent of more electronic artists like Actress or Gas; whilst the glacially moving, hypnotic build recalls prime Stars Of The Lid. Other reference points might look back to Minimalism, to the deep listening immersion of Pauline Oliveros, Eliane Radigue, La Monte Young and Marian Zazeela, and the long-string drone work of Ellen Fullman. Or forwards to the rising current wave of drone-spinners like Kali Malone, Ellen Arkbro, Caterina Barbieri and Sarah Davachi, and adventurous cellist peers like Hildur Gudnadottir or Resina.

Conceptually, the album is based upon the theme of repetition and informed by some of Freud’s key principles of psychoanalysis (namely the “compulsion to repeat” self-destructive beaviours or re-live traumatic events explored in his writings about the Death Drive in ‘Beyond the Pleasure Principle’); by notions of the primarily repetitive nature of our existence and attempts to break beyond this: “I hope this album, in its repetition, might provide the listener with a respite from - or a reflection upon - the malaise and / or comfort of life’s repetition,” she writes. The album’s title is taken from a line in a 1971 poem by the influential American radical feminist poet Adrienne Rich called ‘A Valediction Forbidding Mourning’ – a response to a John Donne poem of the same title from 1611. Jensen expresses great admiration for Rich both as a writer and feminist icon, citing her as “an inspiration to create work in a field that is still largely male-dominated," and noting how “her poem to me is a reflection on the idea that dying and death are ordinary. Any meaningfulness we create comes from within and is deeply personal but entirely our own construct.”

With death as a clear subtext, Jensen describes how the music was written or conceptualized in a period towards the end of her mother’s fight with leukemia and shortly after she passed away. “My sister and I were taking care of her. So I’m also referencing the repetitiveness of all the mundane things we still did with her in the face of her terminal illness - preparing meals, doing the shopping, paying bills - as well as the repetition of all of visits to the doctor and hospital." Third track ‘Metastable’ was inspired by the chorus of repetitive beeping heard in hospitals - a sound that can be both fascinating and beautiful as well as overwhelming or irritating. The beeps here integrate themselves into a single loop, creating a fixed counterpoint around a deep, foreboding bass loop and slowly building, Reich-ian structure. “This idea of the ‘metastable’ became very pronounced to me”, notes Clarice. “Her continually evolving treatments kept her in temporary states of stability that would eventually become unstable, which would then require some different treatment."

Perhaps the most dramatic of the five pieces here, ‘Holy Mother’ is a towering piece that moves through all twelve chromatic pitches. The title refers to the Tibetan name for Mount Everest (Qomolangma) and through this piece Clarice has attempted to evoke a sense of that place and the obsession with its conquest - an extreme example of the feats people attempt in an effort to break from the monotonous repetition of everyday life - as well as contemplating the bodies of those climbers who didn’t make it, left frozen and permanently entombed there.

Musically, in addition to the looping on every track, the concept of repetition is also expressed on a larger scale, with the album’s central melodic theme repeated in different ways across its length. On opening track ‘Daily’ the theme appears in the track’s second half, fragmented into three different tape loops and never expressed fully in order; in ‘Day tonight’, it’s played in full but in an unfamiliar key and rhythmically augmented; whilst mirroring track one, closing track ‘Final’ employs the same tape loops as the opener, but this time with the tape having been subjected to methods of degradation in order to erode the sound – crumpled up, creased and stepped on, and run (silently) for long periods of time to deteriorate the quality of the tape and the sounds recorded on it. As the piece draws to an end, the album’s theme is finally presented in full in its original key and fully harmonized, performed by a quartet of cellos without effects and emerging whole at the end of the process in a beautiful resolution.

Structurally smart, texturally rich and deeply immersive, ‘The experience of repetition as death’ is a powerful new album by a hugely talented young artist, whose star is clearly on the ascendant. It is released on FatCat’s 130701 imprint on 3rd April on vinyl and digital formats. Clarice will be touring the US in March / April supporting A Winged Victory For The Sullen, with whom she will also be performing as cellist.