by Curtis Harvey on FatCat Records 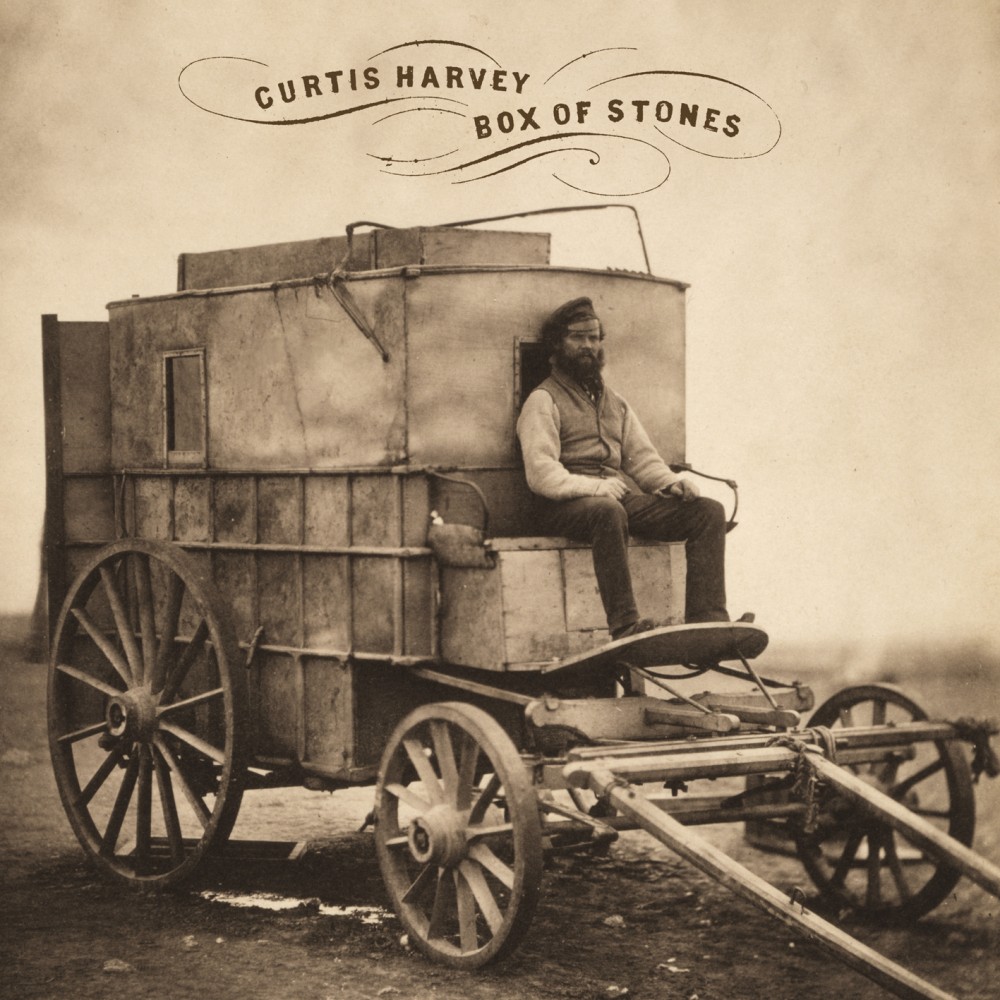 From the first, Curtis Harvey’s solo debut, Box Of Stones, reveals itself as quite a departure for the man best known until now as the prodigious multi-instrumentalist behind Rex and Pullman, among others. While Harvey is loath to cite specific musical inspiration for his first solo outing, he admits that his first exposure to live music was an aunt and uncle’s bluegrass duo, and that records from the likes of the Carter Family and Bill Monroe, as well as contemporary neotraditionalist Gillian Welch, get a lot of airtime in his house.