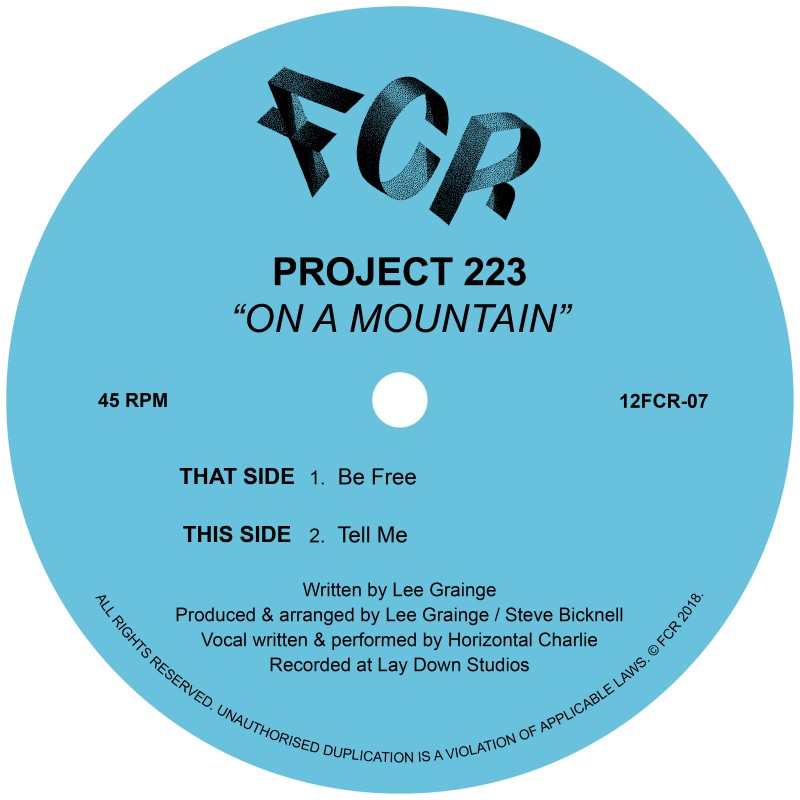 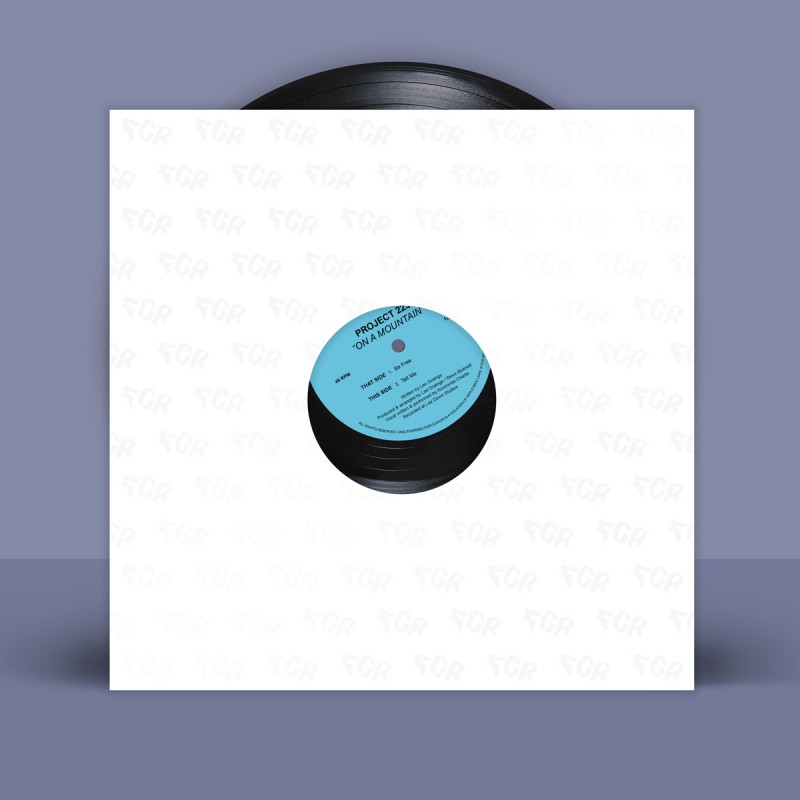 The next release on FCR comes from the duo Project 223, the brainchild of friends and music lovers Lee Grainge and Steve Bicknell. A true collaboration, the two-track 12” ‘On a Mountain’ displays the talents of both Grainge and Bicknell in equal measure without the ‘push and pull’ of their respective styles.

Both tracks on the release are minimal and full of intricacies that teases the work Grainge has done in Film and the developed output of Steve Bicknell. Be Free opens with a few mystifying words from ‘Horizontal Charlie’ and launches into an acid groove that forms the tracks infrastructure. ‘Open your mind. Be free’, the now familiar pitched down drawl of ‘Horizontal Charlie’ rings out and the listener is launched back into the acid groove. A progressive approach to percussion keeps the listener on their toes whilst simultaneously getting lost in this primitive approach to acid. With the minimal brutality of the 909 snare and clap, 'Be Free' becomes off-centred as if its losing its way, but it rewardingly comes right back to the middle with laser sharp definition and undeniable confidence. 'Tell Me' takes 'On a Mountain' into darker territories with its falling acid bassline and clattering hi-hats. Similar BPM’s and approach to sound-design delivers a coherence between the two tracks that presents the clear vision and focus of Project 223. ‘Tell Me’ feels mutated and warped as if you can hear the studio-session in which these two tracks were conceived becoming increasingly intense. Midway through the track, cinematic atmospherics and call and response vocal introduce a feeling of driving desperation that doesn’t leave the listener until the end of the track.

Emotionally, 'On a Mountain' does a great deal with its minimal and defined aesthetic which is hard to achieve with electronic music. Shrouded in an alluring sense of mystery, Project 223 tease the darkness behind their creation, leaving more questions than answers.