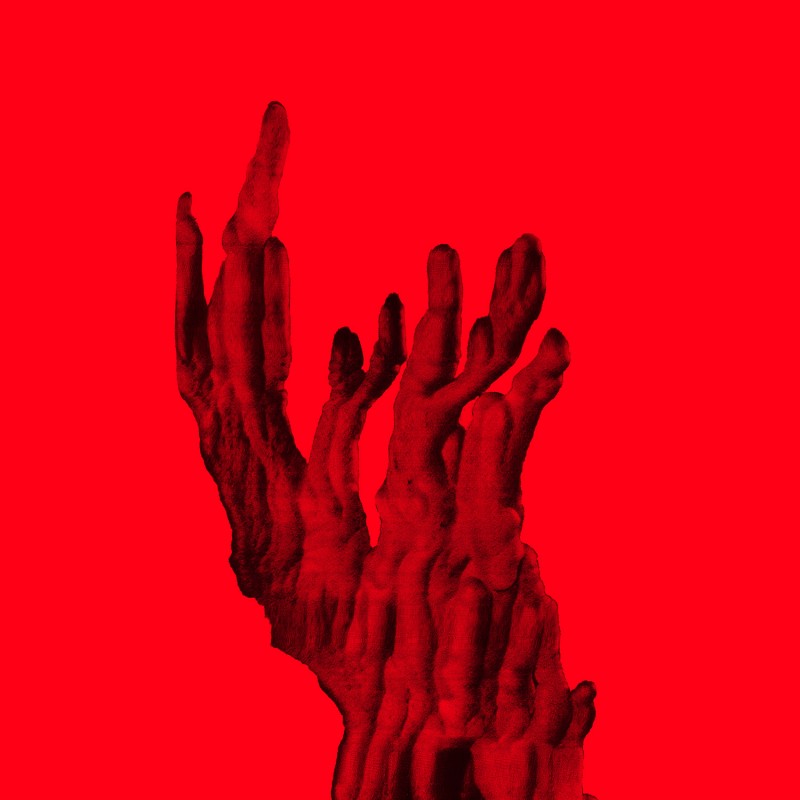 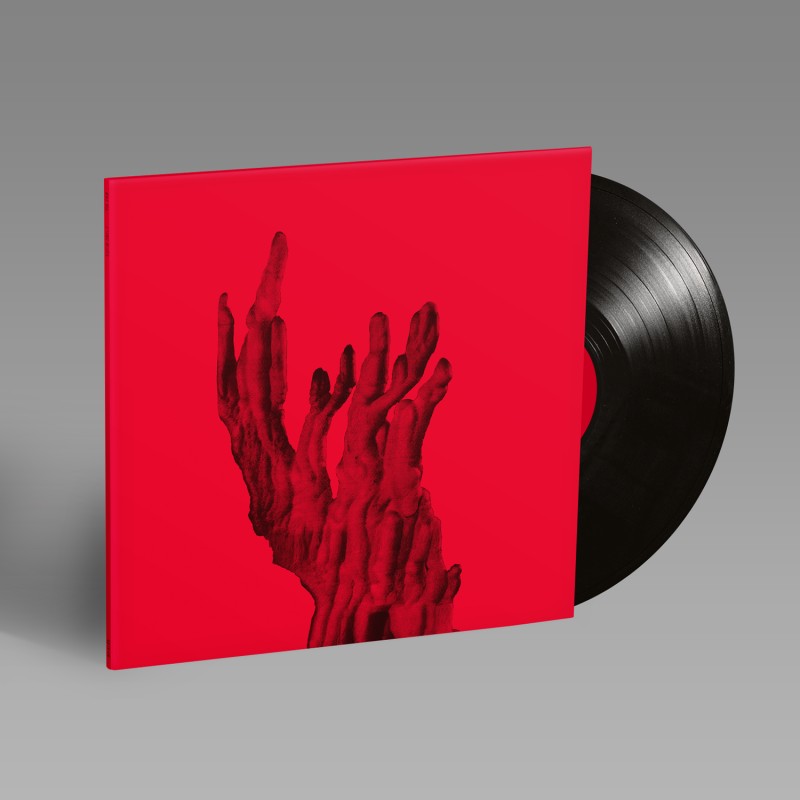 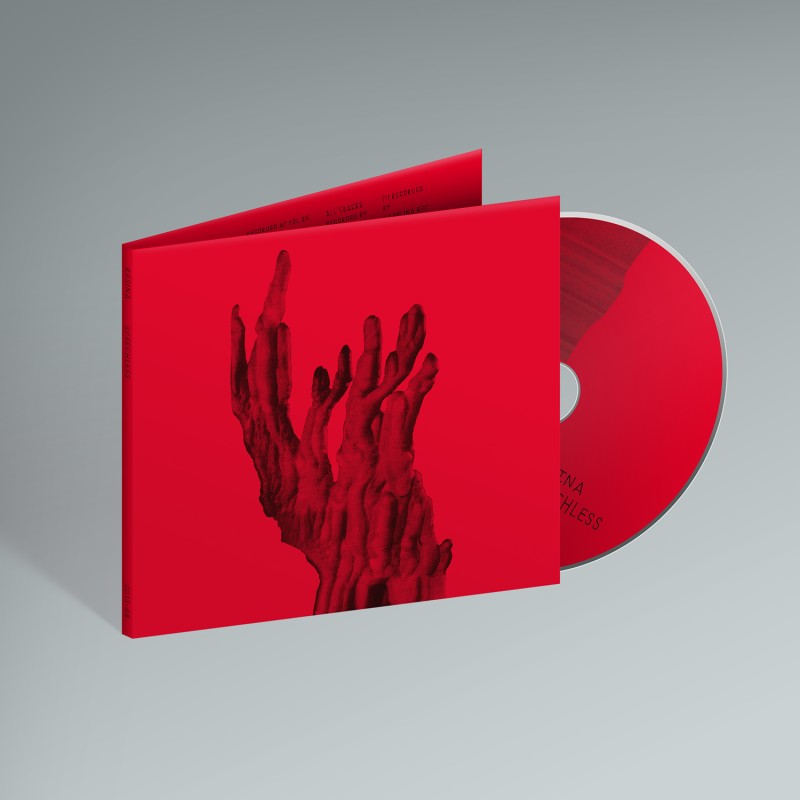 Removed from their regular, more refined classical contexts, cello and choir are subjected to electronic processing, expanded and deployed in a swirling, visceral sound-world, sometimes pushed into distortion and anchored alongside Rychlicki’s driving drumming. An amalgamation of noise, rock, ambient, choral and classical elements, 'Speechless’ shifts from gossamer beauty to glowering threat; from pulsing minimalism to full-bore propulsive blow-outs. As well as moments of great beauty, it is shot through with shrieks and howls, cavernous bass drops, sirens and sudden pitch shifts. A mysterious and deeply uncertain space is opened. Even within individual tracks, the atmosphere seems slippery, poised precariously between light and dark.

‘Mercury Immersion’ opens the album in a deep fog that tips towards hinted menace; ‘Horse Tail’ ramps up from cello and choral minimalism to be sucked into a pummelling void of drums and cello strikes; ‘Failed Myth Simulation’s gorgeous choral airiness is pulled forward by pattering drums; ‘Darwin’s Finches’ brings to mind Johann Johannsson’s score for ‘Arival’ or Mica Levi’s for ‘Monos’; whilst the sawing cello of ‘Unveiling’s recalls Ernst Reijseger’s ‘Colla Parte’. Elsewhere, ‘Hajstra’ gets deep and gritty with Karolina’s cello creaking, scraping and squealing; and ‘A Crooked’ God’ brings in an Eastern folk tonality. ‘Recall’ closes the album in a beautiful, cavernous choral cloud before collapsing into a witchy, wind-whipped darkness.

Finding peers in the likes of Hildur Gudnadottir, Gyda Valtyrsdottir, Oliver Coates or Lucy Railton, Resina’s work is marked by an adventurous, personal language of improvisation and composition. Releasing her self-titled debut LP in 2016 after signing to FatCat’s 130701 imprint, a sophomore LP, ‘Traces’, arrived in July 2018, followed by an EP of remixes from Ben Frost, Abul Mogard, Lotic and Ian William Craig. 2020 saw Resina expand her oeuvre, soundtracking the cult RPG video game, ‘Vampire: The Masquerade – Shadows Of New York’, which was compiled as an LP on Gdansk-based label Coastline Northern Cuts.

The past couple of years have seen her performing at Unsound festival; supporting Godspeed you black emperor!; and collaborating both live and in the studio with Christina Vantzou and 130701 labelmate Emilie Levienaise-Farrouch. A full album recording project with Emilie scheduled to take place last year was postponed due to Covid. Forced to fall back on working alone, after many months Karolina finally found a source of communal joy in working with Gdansk -based 441Hz Choir - an internationally-acclaimed “untempered” choir conducted by Anna Wilczewska and known for its experimental openness. Between two lockdowns they managed to rehearse and record choral parts for five tracks in Gdansk‘s Old Town Hall.

Instrumental parts were recorded at renowned Polish Radio Studio S2 in Warsaw, whilst some of Karolina’s solo vocal parts were improvised and recorded at home. “Singing has always felt very natural for me”, she notes, “At one time I even left cello to sing in a professional choir. Whilst discovering that wasn’t what I really wanted to do, performing and recording pieces by Penderecki and other modern Polish composers changed my view of choral music and reassured me that the voice is perhaps the most surprising, flexible, inspiring and powerful instrument.”

Composed at the time of the Women Strike protests in Poland, ‘Speechless’ began evolving around the idea of “seeking more experimental, primitive ways of making sound with a voice”; thinking about those who are denied a voice; and exploring a tension between the physicality/animalistic aspects of instrumental performance versus electronic and amplified music. ‘Animal-like' sounding voices and instruments were set against classical techniques. Karolina attempted “to treat the human voice primarily as an instrument, while testing what the word 'human’ actually means in a music deliberately created without the use of words.” Such explorations stemmed from an interest in the work of primatologists like Frans de Waal. "I often get the strange feeling that monkeys can see right through me”, wrote De Waal. “Perhaps it is because they are not distracted by language.”

Having recorded and rough-mixed the album, Karolina approached Daniel Rejmer, having followed his impressive work for Ben Frost. “I felt as if something was pulsating underneath these pieces but didn't know how to get it out. I felt there was potential to make this album more unpredictable, raw, dangerous and somehow more natural, primal.” Rejmer dove deep into the work, pulling out extra weight and width and sharpening its teeth. Overjoyed with the results, Karolina remarked how “with a choir on the album you might expect it to sound like some kind of more polished, classical music, but our aim was rather the opposite. I wanted to scrape away those layers of sound synonymous with refined modern-classical music, which I feel sometimes only serve to maintain a safe aesthetic.” She describes the finished album as “a dance on the mud floor, a search for vitality and an admiration of the unpredictability of nature, which we still have a chance to watch for a while, before it decides to get rid of us.”

A bold and adventurous work that synthesises the very best of her previous two albums and packs a powerful punch, ‘Speechless’ is released on FatCat’s 130701 imprint on November 19th and will be available on vinyl, CD and digital formats.