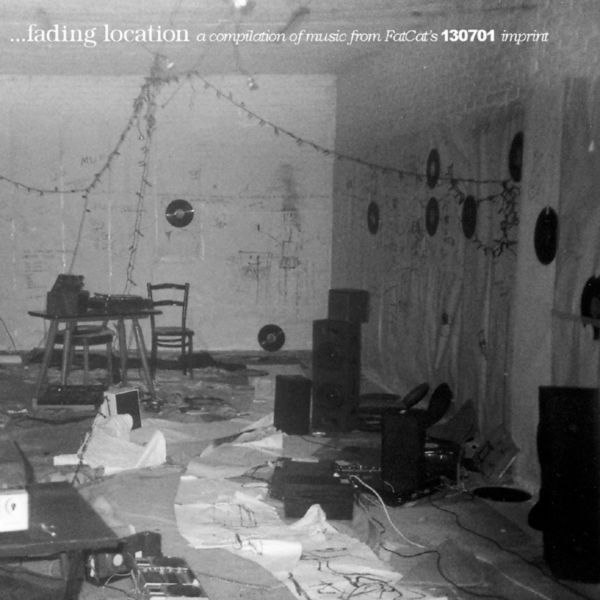 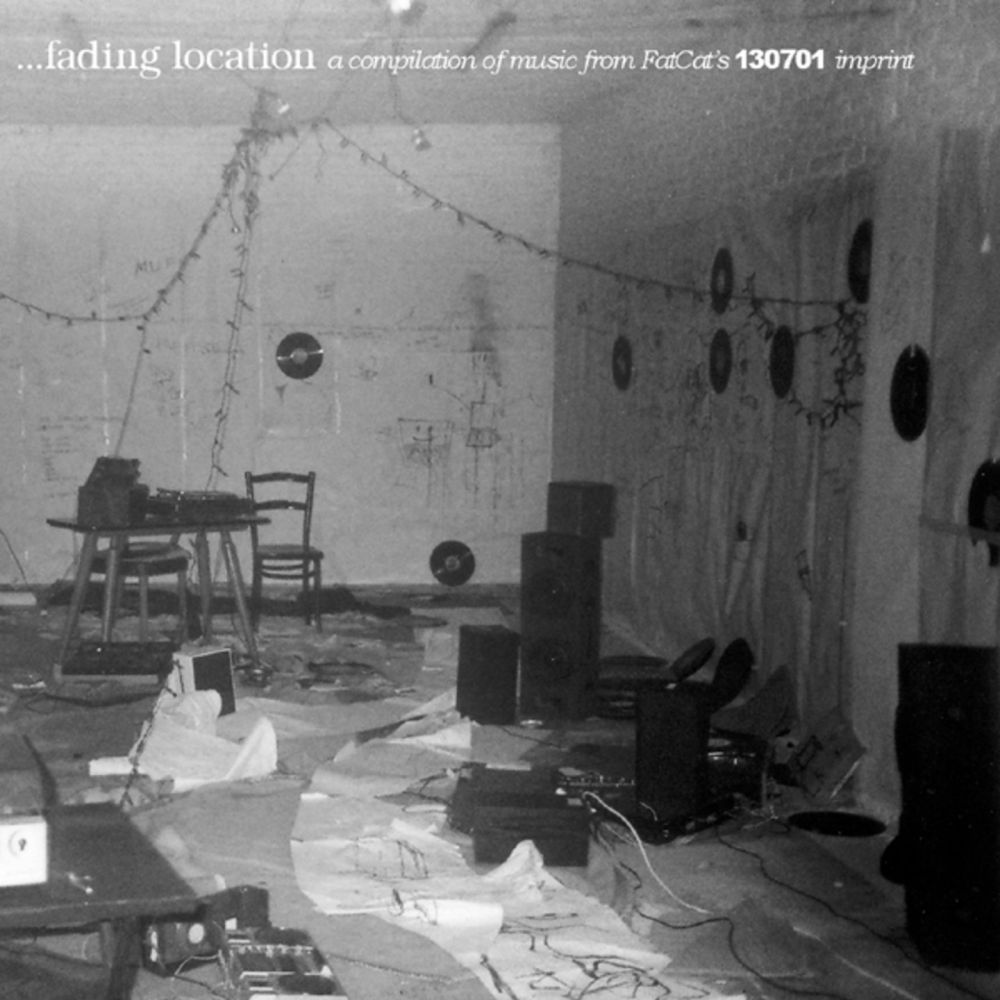 The first ever sampler from FatCat’s 130701 imprint, this beautiful, full-length collection serves as a great introduction to the adventurous, high quality instrumental sound-world of the series. Taking one track from each of the albums on the imprint, the compilation’s tracklisting runs chronologically, beginning with a track from the first release, Set Fire To Flames’ ‘Sings Reign Rebuilder’, and leading to Haushka’s ‘Blue Bicycle’, from October 2008’s ‘Ferndorf’. These eight tracks are followed by three previously unreleased tracks from Max Richter, Haushka and Sylvain Chauveau, each of which is exclusive to the compilation.

Established back in 2001 (to be exact, on 13th July - hence the label’s superficially cryptic name) for the release of Set Fire To Flames’ first record, 130701 has developed as an outlet for more orchestrated, instrumental material, encompassing a form of ‘post-classical’ music - based to a large extent upon traditional classical instrumentation (piano, strings,wind, percussion, choir, etc.) yet allied to progressive / destructuring processes and effects, including the use of improvisation, field recordings, radio static, digital and analogue processing, modified instrumentation, as well as guitars, drums and electronics.

Now comprising eight album releases (nine including this) from four separate artists, there is a certain aesthetics that unites these releases. Aside from the occasional use of narrated texts or captured conversation, this music is entirely instrumental.

Often incredibly graceful and delicate, yet with powerful emotional weight, its mood appears predominantly (though not exclusively) mournful and autumnal, with a vague but barely concealed subtext hinting at a haunting sense of loss and decay - of passing time, fading memories, lives and locations - a template perhaps set with the label’s first release.

Set Fire To Flames were a thirteen-strong collective of musicians engaged in the independent, hyper-creative musical community of Montreal – including members of Godspeed You Black Emperor!, Fly Pan Am and A Silver Mt. Zion, amongst others, whose incredible music was forged in extended-duration, totally immersive creative atmospheres constructed within two very powerful locations (a creaking, half-collapsing old house and an abandonned wooden barn). ‘Steal Compass / Drive North / Disappear’ from their debut release is a haunting, blistering piece of music and undoubtedly one of the highlights in FatCat’s entire catalogue. Maintaining this exceptional quality, the third track here, ‘When Sorrow Shoots Her Darts’ comes from the group’s sophomore release, the double-album, ‘Telegraphs in Negative / Mouths Trapped in Static’, which appeared in April 2003.) Suitably awed, TimeOut described their debut as “one of the most broodingly beautiful, dramatically emotional, hauntingly evocative albums likely to ever scrape at your soul... This record will kill you”.

Now based in Brussels, Frenchman Sylvain Chauveau’s elegant and spacious piano-based compositions are the product of an autodidactic mind - having received no formal teaching, unable to read or to write musical notation and claiming to not even know the notes that he plays, Chauveau is guided primarily by passion and an irrepressible desire to realise beautiful music. He strives to ensure that each sound committed is absolutely necessary, to stay as close as possible to the abstract beauty of ‘silence’. His released contribution to this compilation, the sparse and beautifully balanced ‘Il Fait Nuit Noire À Berlin’ – taken from his March 2003 album, ‘Un Autre Decembre’ - consists of gently played clusters of notes hanging in the air and the briefest hint at some kind of populated environment, leaving the listener to explore the sense of space and ultra-minimal electronic detail around them.

Following on, Max Richter’s ‘The Blue Notebooks’ (recently released on DMM vinyl for the first time) was the fourth release on 130701, appearing in February 2004. The German-born pianist and composer’s distinctive and adventurous work is beautifully detailed, cinematic in scope and littered with cultural references. The gorgeous, heart-wrenchingly building strings of ‘On The Nature of Daylight’ demonstrates Richter’s hazy, swirling atmospheric sensibility of rich, sombre tones. The piano-led ‘Autumn Music 2’ is from the critically acclaimed ‘Songs From Before’ (which Uncut termed an album of “deceitfully tranquil, borderline supernatural music… uneasy and absorbing”). ‘Cradle Song For A (Interstate B3)’ is from his latest full-length, ‘24 Postcards In Full Colour’, a dazzling conceptual exercise of great beauty and emotional resonance, based on the notion of exploring the ring-tone as a vehicle for music performance. Alongside these albums, the increasingly in-demand composer produced Vashti Bunyan’s comeback album, ‘Lookaftering’, and has recently scored music for Israeli director Ari Folman’s hugely-acclaimed animated film, ‘Waltz With Bashir’, and for Wayne McGregor's new piece ‘Infra’ for The Royal Ballet.

The fourth and most recent artist signed to the imprint, Hauschka is the alias of Dusseldorf–based pianist / composer Volker Bertelmann, whose work is based significantly upon an exploration of the possibilities of the 'prepared' piano - exploring and influencing the outcome of his playing by clamping wedges of leather, felt or rubber between the strings; preparing the hammers with aluminium paper or rough films; placing and taping objects on the strings. With Hauschka’s sometimes strident and mechanical, sometimes lyrically gentle playing throwing up an array of rustling, drumming, shivering, scraping, resonating sounds, alternately providing the focus / drive for a piece or hooking the ear into an intriguing, slightly unusual frame, these modifications are allied with strings, brass and electronics. Represented here by ‘La Dilettante’ from his 130701 debut, ‘Room To Expand’, and ‘Blue Bicycle’ from the recent, critically acclaimed ‘Ferndorf’, both tracks are indicative of his original and charming compositions. The string-backed ‘La Dilettante’ is a spritely, layered sprawl, that evolves and engulfs with textured melodies and a delicate effervescence, whilst ‘Blue Bicycle’ plays off a vigorously joyful piano with a more sombre string undertow.
Of the three previously unreleased tracks that close the album, Max Richter’s ‘January Timelapse 2’ was an unused track from the recording sessions for the ’24 Postcards…’ album; similarly, Hasuchka’s ‘Waiting For The Bus’ was recorded at the same sessions as ‘Ferndorf’; whilst Sylvain Chauveau’s ‘La Vie Lointaine’ is an edited version of a piece recorded for – and taking its title from - a 2008 film by director Sebastien Betbeder.

A partial but coherent snapshot of FatCat’s 130701 imprint to date, ‘Floored Memory… …Fading Location’ offers a neat introduction to one facet of FatCat that we are very proud of and excited to expand through the addition of further artists and releases. Whilst it may be growing slowly, it does so with purpose and great beauty.